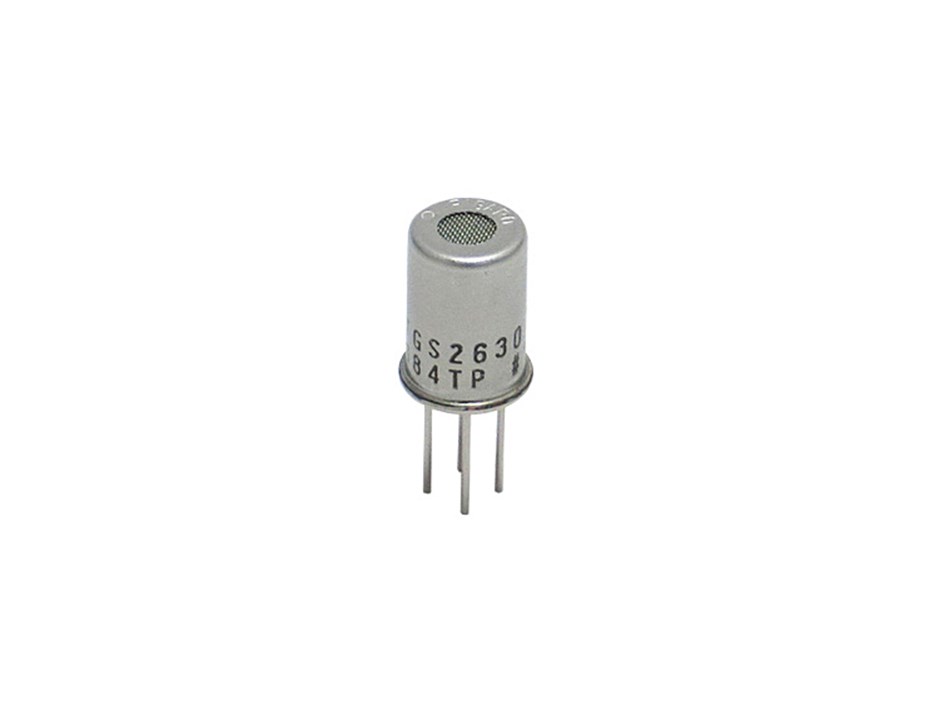 The sensing element of Figaro gas sensors is a tin dioxide (SnO2) semiconductor which has low conductivity in clean air.

TGS 2630 has high sensitivity to low GWP (Global Warming Potential) A2Ls, "Lower Flammability Refrigerants" such as R-32 and R-1234yf, and A3s, "Higher Flammability Refrigerants" such as R-290 (propane), as well as to R-404a and R-410a which are commonly used in air conditioning and refrigeration systems. TGS2630 uses filter material in its housing to eliminate the influence of interference gases such as alcohol, resulting in highly selective response to A2L refrigerant gases. This feature makes the sensor ideal for stationary type leakage detectors which require durability and resistance against interference gas. Due to miniaturization of the sensor chip, TGS2630 requires a heater current of only 56mA and the device is housed in a standard TO-5 package.